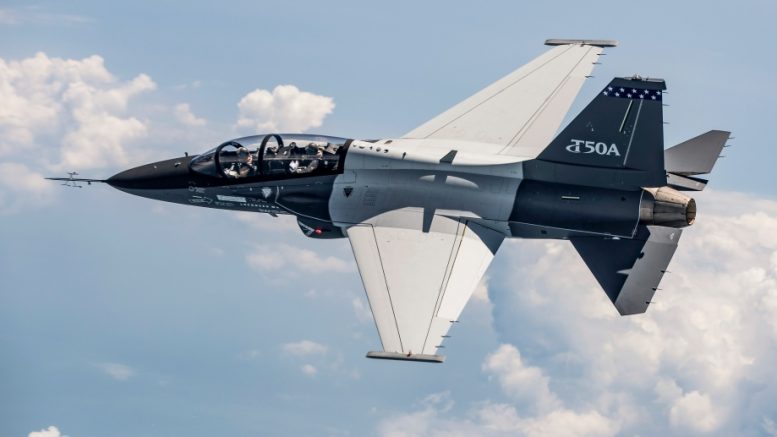 On the 26th of July Korean Aerospace Industries and Lockheed Martin completed the first flight of the second demonstration T-50A aircraft.
The T-50A will be Lockheed Martin's entrant in the United States Air Force's Advanced Pilot Training competition, to replace the Northrop T-38 Talon. The aircraft is based on the KAI T-50 (which was in turn jointly developed with Lockheed), of which over 100 are currently in service.
The first T-50 made it's first flight on June 2nd 2016.