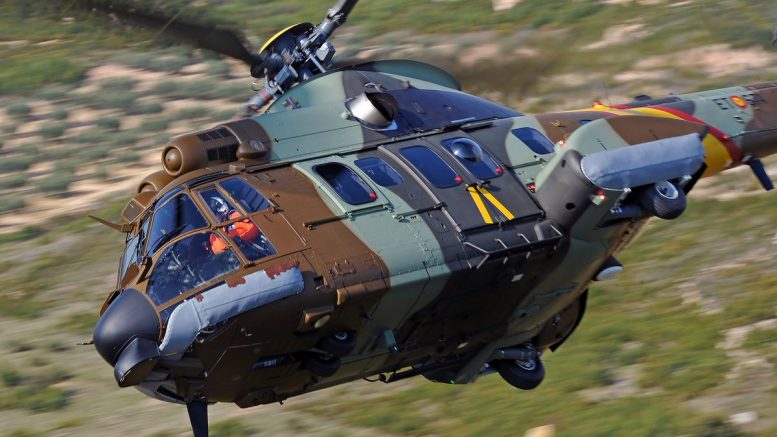 The Spanish Ministry of Defence has announced a contract to purchase a single Eurocopter AS.332/H-215 Super Puma. The helicopter was due to arrive at Alabcete on the 29th of July for modifications and will enter service with 802 Esc in the Canary Islands in October.
Two fatal accidents in March 2014 and October 2015 involving AS.332s have led to a shortage of aircraft available to perform the Search and Rescue role. The quick delivery of this Super Puma is due it being part of a now cancelled order involving the Indonesian military. A further purchase of two or three more AS.332s from the cancelled Indonesian batch is also possible.