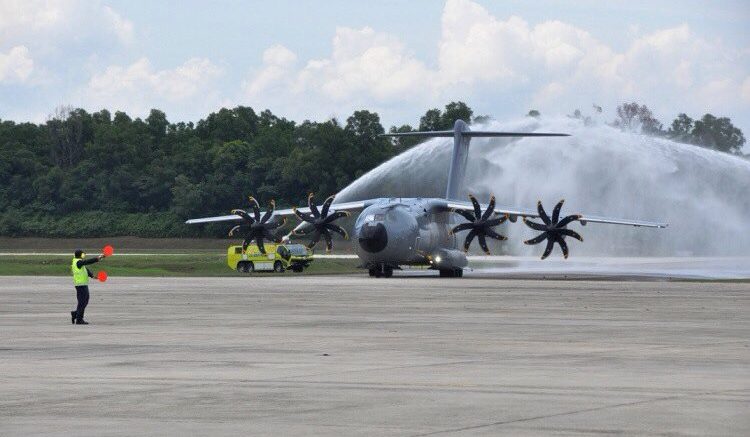 The third Airbus Military A400M has been delivered to the Royal Malaysian Air Force on the 13th of June 2016.

The aircraft is serial number M54-03 and will be operated by 22 Skn at Subang Airbase.

The two previous deliveries took place in 2015. A fourth and final aircraft is yet to be handed over.