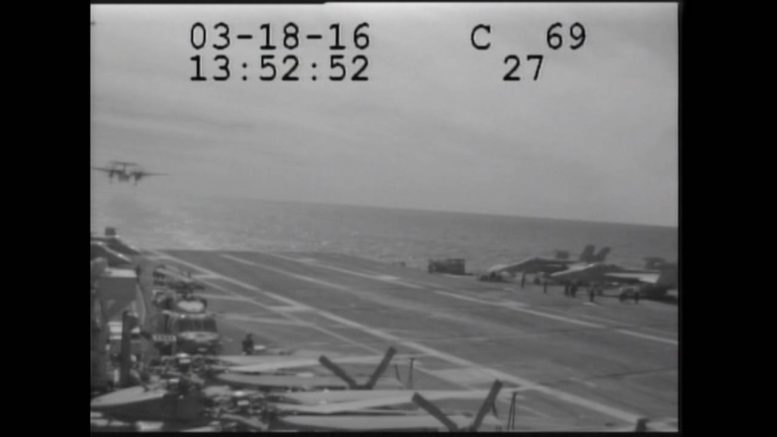 An interesting video has appeared of the arresting cable snapping on board the USS Eisenhower in March of 2016. The incident occurred during a landing by an E-2C Hawkeye, which despite disappearing below the deck line of the ship managed to go around successfully.