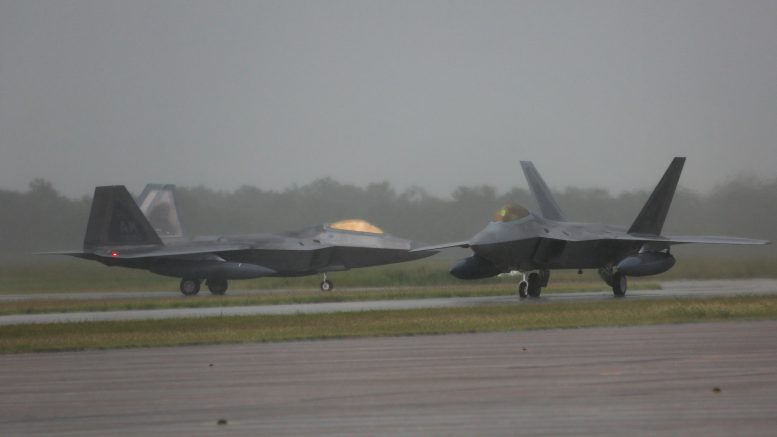 Twelve United States Air Force Lockheed F-22A Raptors have deployed to RAAF Base Tindal as part of the Enhanced Air Cooperation Initiative under the Force Posture Agreement between the United States and Australia. The F-22s belong to the 90th Fighter Squadron at Joint Base Elmendorf-Richardson in Alaska. This is the first time that F-22As have deployed to Australia for training and take part in exercises alongside the Royal Australian Air Force.

“This F-22 Raptor deployment represents a key milestone for U.S. and Australian Airmen as together we build a robust fifth generation fighter presence in the Indo-Asia-Pacific,” said Gen. Terrence O’Shaughnessy, Pacific Air Forces commander. “Our steadfast relationship with Australia, deeply rooted in our common principles and shared values, stems from working together day in and day out across the full spectrum of operations and will continue to prosper as we further integrate our efforts through this initiative.”