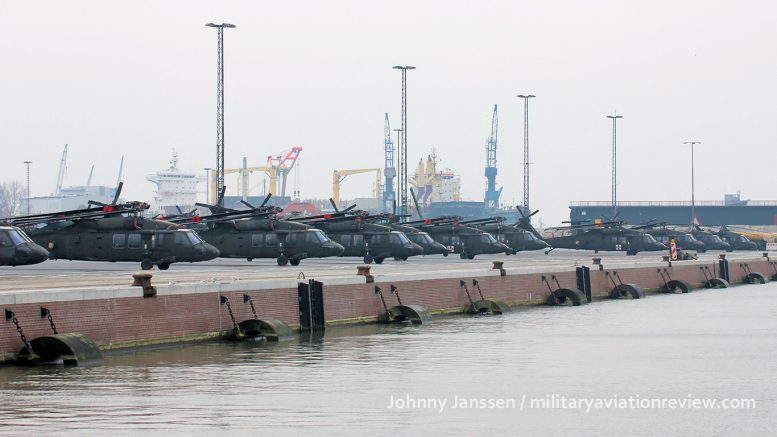 On February 11, 2017 forty nine United States Army helicopters arrived at Bremerhaven Port in Germany. They are the first part of an overall eight six helicopter deployment to Europe for the next nine months as part of "Atlantic Resolve".

The deployment will be made up of x8 UH-60Ls, x12 HH-60Ms, x12 CH-47Fs, x30 UH-60Ms and x24 AH-64Ds. The majority of the aircraft will be based at Ilesheim in Germany with small numbers of UH-60Ms based at Lielvarde in Latvia and Mihail Kogainiceanu in Romania. There are also plans for some aircraft to be based at Powidz in Poland.

A full report on the deployment will appear in February's edition of @MAR.