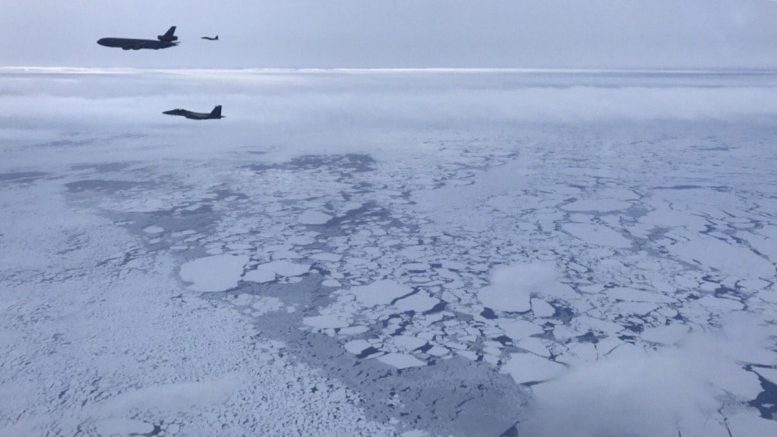 The second batch of F-15SA Eagles for the Royal Saudi Arabian Air Force were delivered on February 14, 2017.

The three aircraft were all new build airframes - 12-1041, 12-1043 and 12-1045. A fourth aircraft had been due for delivery but went tech in the United States. As with the first delivery batch the F-15s stopped at RAF Lakenheath en route from the factory in St Louis to Saudi Arabia.

The Saudis have a total of 154 aircraft on order (comprising a mixture of rebuilds and new airframes).