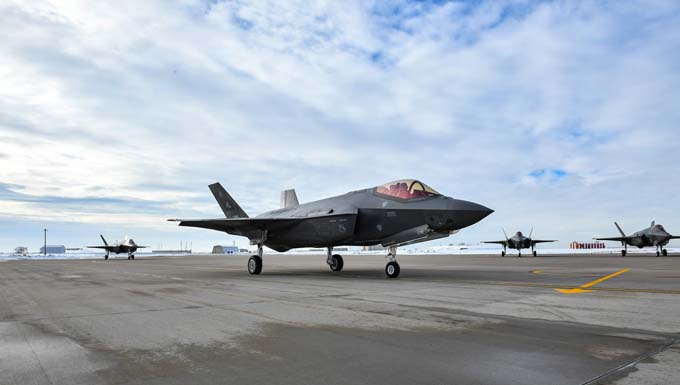 The United States Air Force has deployed Lockheed F-35As to a Red Flag exercise at Nellis Air Force Base for the first time.

Aircraft and personnel from the 388th Fighter Wing and its associate 419th Fighter Wing departed their home at Hill Air Force Base on January 20, 2017.

In 2016 the United States Marine Corps deployed their F-35Bs to Nellis for a Red Flag.

“Our Airmen are excited to bring the F-35 to a full-spectrum combat exercise,” said Col. David Lyons, 388th FW commander. “This battle space is going to be a great place to leverage our stealth and interoperability. It’s a lethal platform and I’m confident we will prove to be an invaluable asset to the commander.”

The jets will be at Red Flag through Feb. 10. While deployed, the F-35 will fly alongside fourth-and-fifth generation platforms and provide offensive and defensive counter air, suppression of enemy air defenses, and limited close air support.

“Red Flag is hands-down the best training in the world to ensure our Airmen are fully mission ready,” said Col. David Smith, 419th FW commander. “It’s as close to combat operations as you can get. Our Reserve pilots and maintainers are looking forward to putting the F-35A weapon system to the test alongside our active duty partners to bring an unprecedented combat capability.”