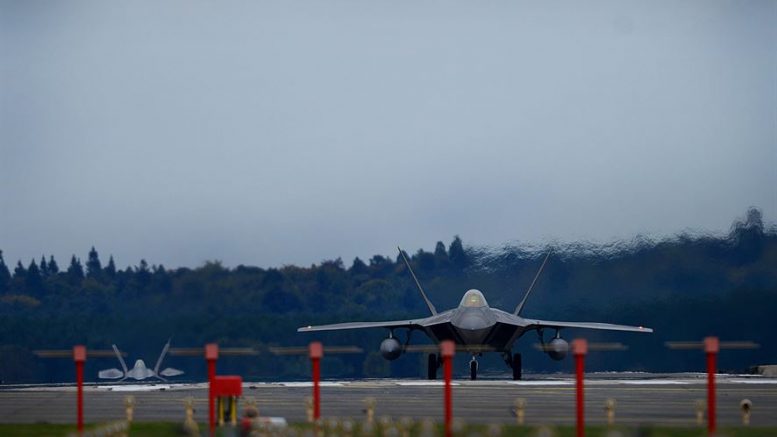 On October 08, 2017 six Lockheed F-22A Raptors arrived at RAF Lakenheath from Joint Base Langley-Eustis to begin a Flying Training Deployment in Europe. The F-22s are expected to deploy to other bases in Europe during the deployment.