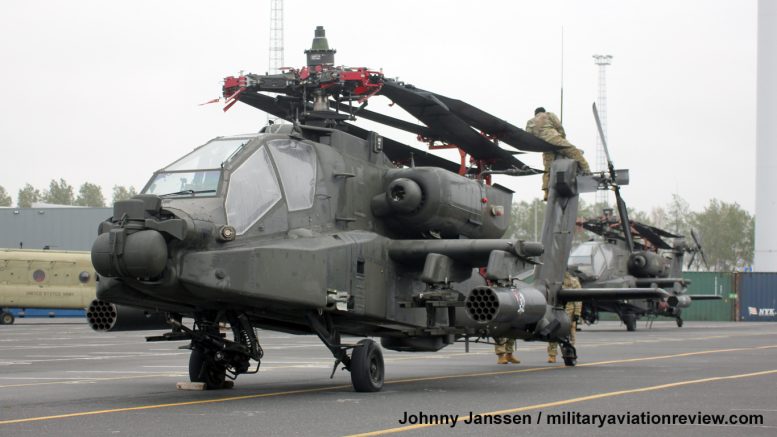 One of thirty seven helicopters unloaded at Zeebrugge Port in Belgium.

On October 14, 2019 seventy five United States Army helicopters from the 3rd Infantry Division, stationed at Hunter Army Airfield, Georgia, arrived in Europe by ship. Thirty seven helicopters were offloaded at Zeebrugge Port in Belgium and another thirty eight will be offloaded in Volos Port, Greece next week. 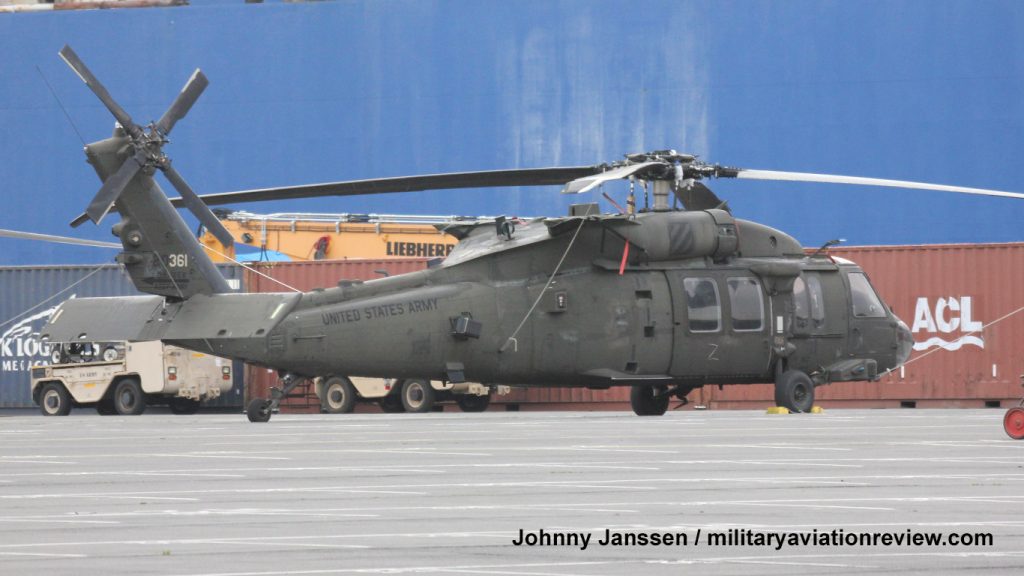 A total of thirty seven Blackhawks, Chinooks and Apaches were offloaded in Zeebrugge on October 15 and October 16. These will first stage to Chièvres Air Base, Belgium, before moving to their operational locations across Europe as the aviation rotational force for their nine-month deployment.

3 CAB will replace The 1st Combat Aviation Brigade, stationed at Fort Riley, Kansas, as part of a regular rotation of forces to Europe in support of Operation Atlantic Resolve. Elements of 1 CAB were already flown to the port of Rotterdam, The Netherlands, and the port of Constanta in Romania. 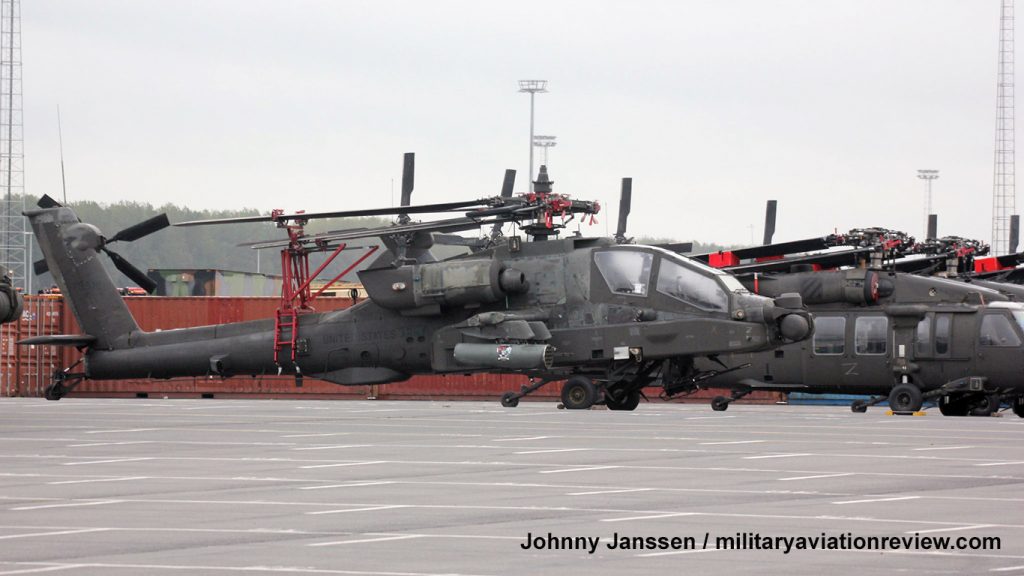 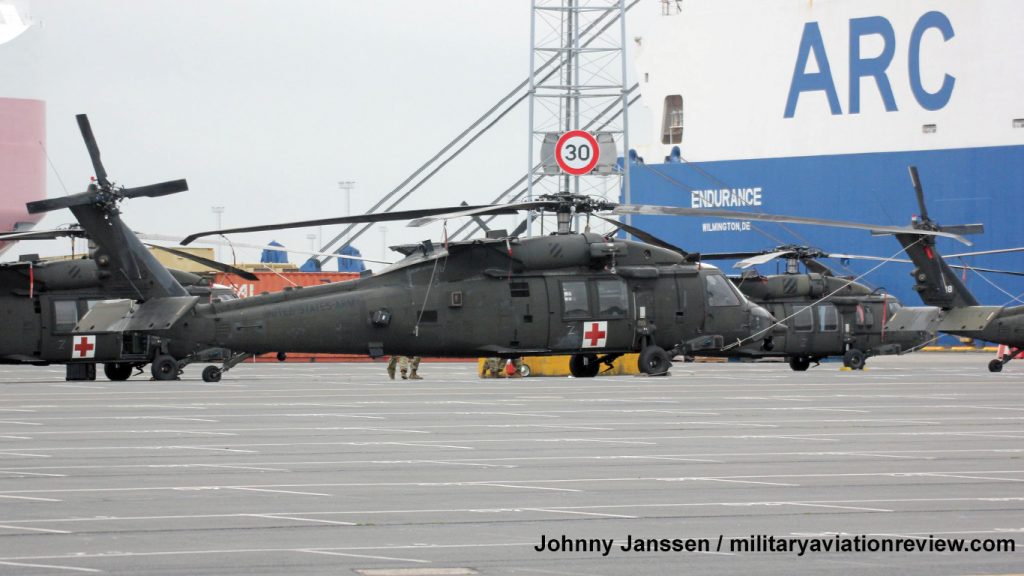 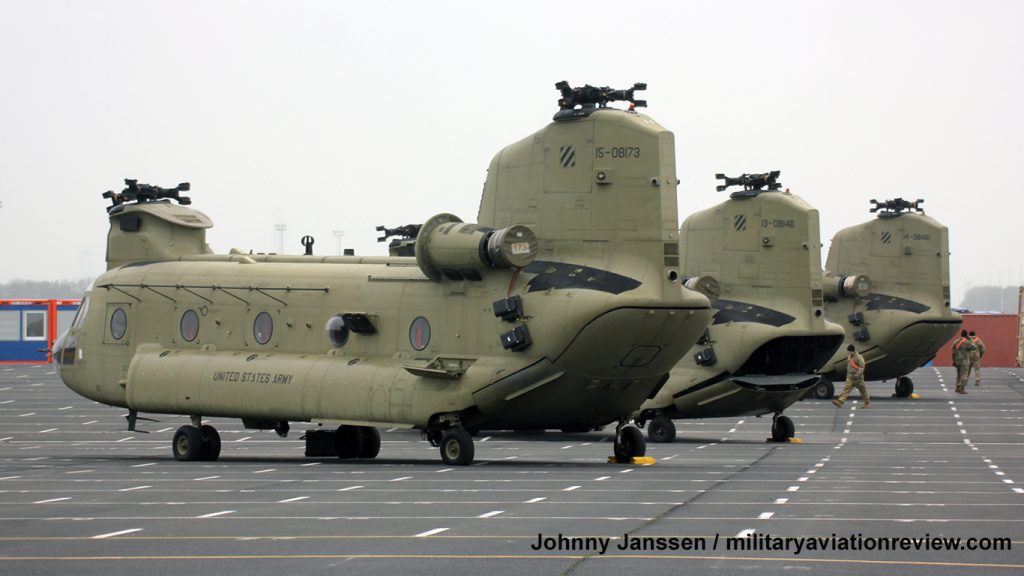