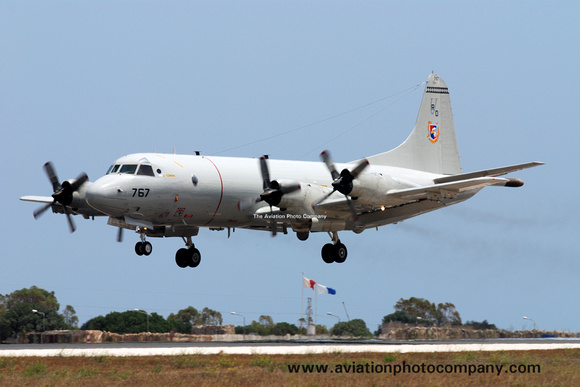 An Argentinian blog is reporting that the Argentine Navy has sent personnel to NAS Whidbey Island to investigate the acquisition of two P-3C Orions from surplus US Navy stock. If the deal goes ahead the aircraft would be acquired after they are retired from the US Navy fleet.
It is also reported that the entire Argentine P-3 fleet is currently grounded following the discovery of cracks in the wing root of P-3B 0869/6-P-53. A plan is being put in place to restore four P-3s to flying condition with the assistance of FAdeA and OGMA - 0872/6-P-56 will be the first aircraft to go through the process.