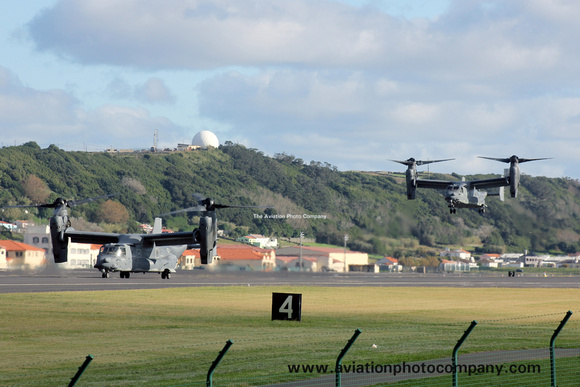 The deployment of US Air Force Special Operations Command CV-22B Ospreys to Japan has been delayed from the original date of late 2017 to a new arrival date in 2020.

The first three of an eventual ten CV-22Bs had been expected to arrive at Yokota Airbase near Tokyo in the four quarter of fiscal year 2017 but an announcement by the US Department of Defense on March 13, 2017 put that date back to sometime in 2020. Eventually ten Ospreys are due to be based at Yokota.

The United States Marine Corps already operate MV-22B Ospreys in Japan, although controversy has plagued the deployment. It is not clear whether the delay is related to continuing protests against V-22 operations in Japan.