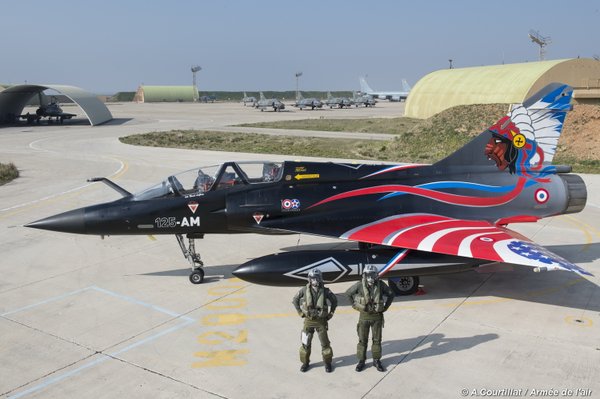 French Air Force Mirage 2000N 353/125-AM has been painted in a special colour scheme to celebrate the 100th anniversary of squadron EC2/4 "La Fayette".

Another pic of this French Mirage 2000N with a special livery for its centenary pic.twitter.com/cZrrOhdDp3