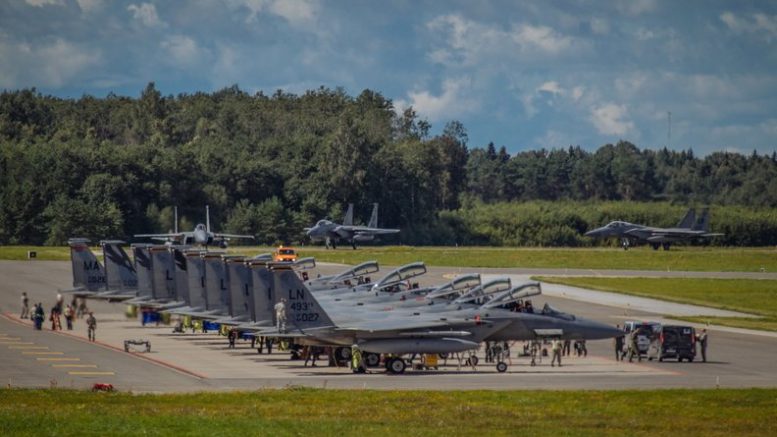 August the 12th was changeover day at Amari Air Base in Estonia. Eight A-10Cs of the 442nd Fighter Wing departed after having arrived in July and they were replaced by F-15C from the 194th Expeditionary Air Wing and 493rd Fighter Squadron.

The 194th EAW is currently in the midst of a six month theatre security package deployment and had previously been deployed in Romania. The 194th is made up of airmen from the 144th Fighter Wing of the California Air National Guard at Fresno ANG Base. Their aircraft include some wearing the marks of the Massachusetts Air National Guard.

The 493rd Figther Squadron is part of the 48th Fighter Wing based at RAF Lakenheath in the United Kingdom.