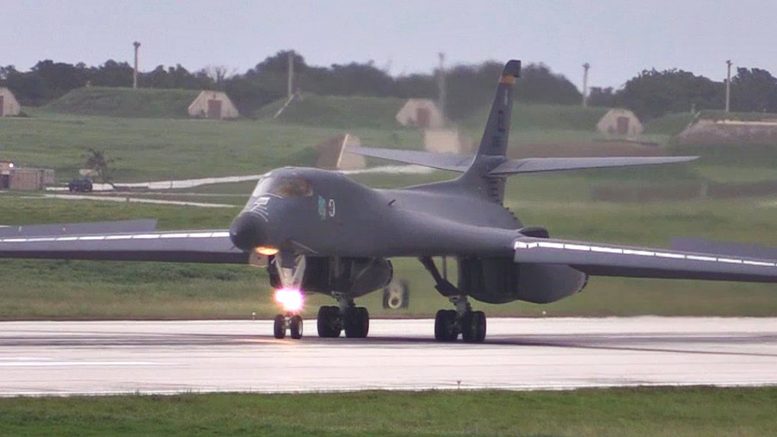 Further to our previous post about B-1s and B-2s deploying to Andersen Air Force Base in Guam, below is a video of the the B-1Bs arriving.

The press release put out by Pacific Command suggested "several" B-1s had deployed but this video only appears to show two aircraft. One aircraft can be clearly read off as 85-0085 and the other is wearing "28 BW" marks on the tail, which suggests it may be 85-0066.