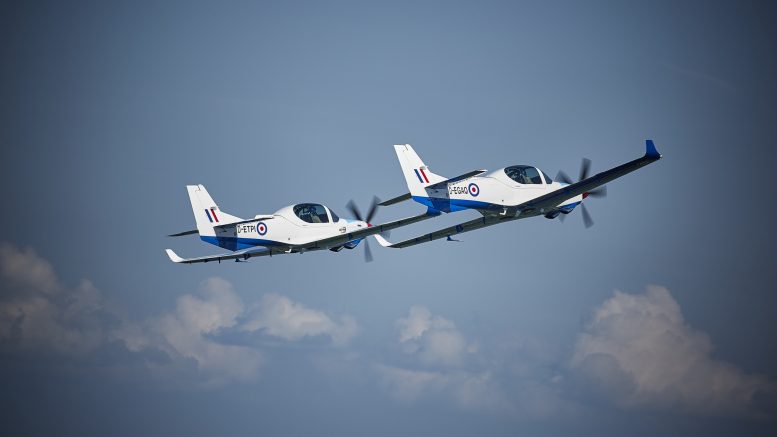 The first two Grob Prefect T.1s for the Royal Air Force have arrived at RAF Cranwell. A photo tweeted by 45 Squadron (see below) shows two Prefects on the ramp at Cranwell - they wear the civil registrations G-MFTS (will become ZM300) and G-MEFT (will become ZM301).

Both aircraft departed for nearby RAF Barkston Heath on November 16th.

A total of 23 Prefects will be delivered to the RAF as part of the UK Military Flight Training System and they will wear serial ZM300 to ZM322 in RAF service.