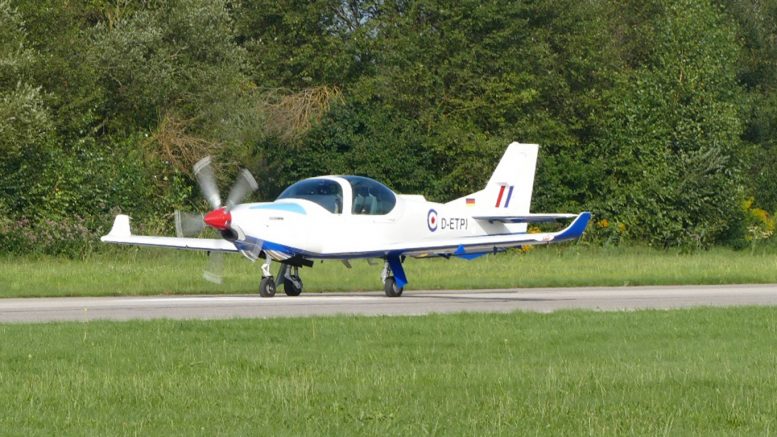 Affinity Flying Training Services have released the first images of the RAF's new Grob 120TP Prefect taking off from the manufacturer's factory in Bavaria.
The aircraft wears the German civil registration D-ETPJ (or possibly D-ETPI).

The Royal Air Force will receive a total of 23 Prefects as part of the UK Military Flight Training System (MFTS). They will wear serials ZM300 to ZM322 in RAF service.

Images of the Embraer Phenom aspect of MFTS were released in August.

Credit to RAF Simmer on Twitter for first spotting these images.