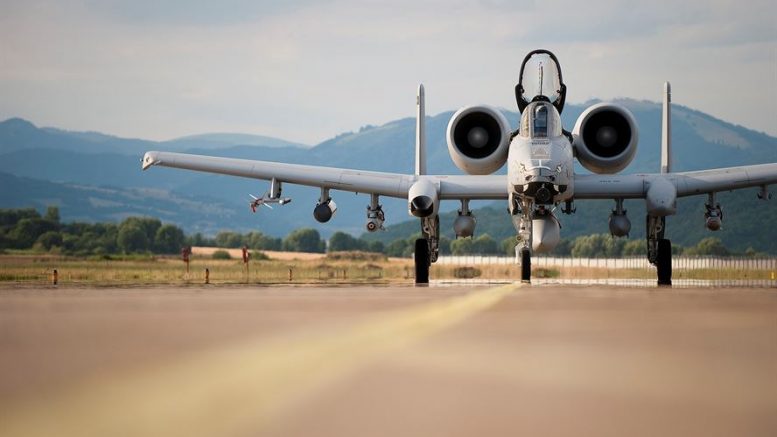 Eight A-10Cs from the Indiana Air National Guard's 122nd Fighter Wing have deployed to Sliac Air Base in Slovakia. The aircraft have deployed as the 163rd Expeditionary Fighter Squadron and will conduct training with the Slovak Air Force and other NATO allies and will be deployed for one month having arrived in country on the 8th of July.
The deployment is part of the US military's Operation Atlantic Resolve which aims to reinforce America's commitment to it's NATO allies, particularly those in Eastern Europe.