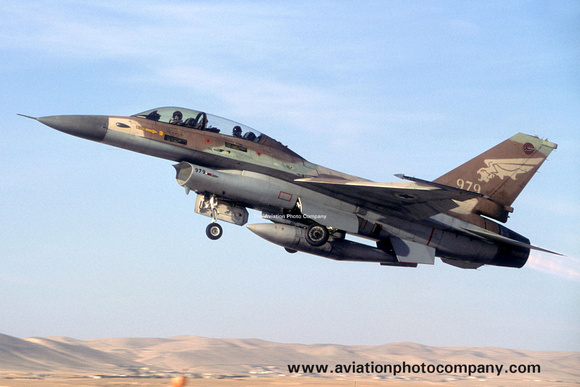 The Israeli Air Force has formally withdrawn their F-16A/B "Netz" aircraft from service. The official ceremony took place at Ouvda Air Force Base on December 26, 2016.

"Moments ago, the 'Netz' landed from its last flight after 36 years of flight", said Col. Itamar, Ouvda AFB Commander. "Today, we say goodbye to an incredible aircraft that seems to have been created by an artist, an aircraft that fits its missions like a glove". Seventy five F-16A/Bs were delivered to Israeli Air Force under the Peace Marble program. A further fifty aircraft were delivered after the Gulf War. The F-16A/Bs had recently been used in an advanced training role which has now been taken on by the M-346 Lavi.

It is thought some of the retired airframes will be offered for sale to other air forces.