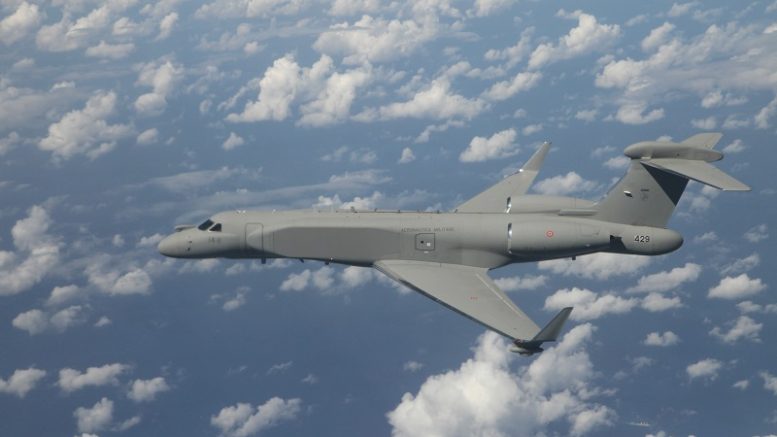 The business jet was delivered from Gulfstream to Israel Aerospace Industries for conversion in September 2015 and is the first of two to be ordered by Italy back in 2012. The second aircraft is due to be delivered in 2017. The type will be known as the E-550A in Italian service.