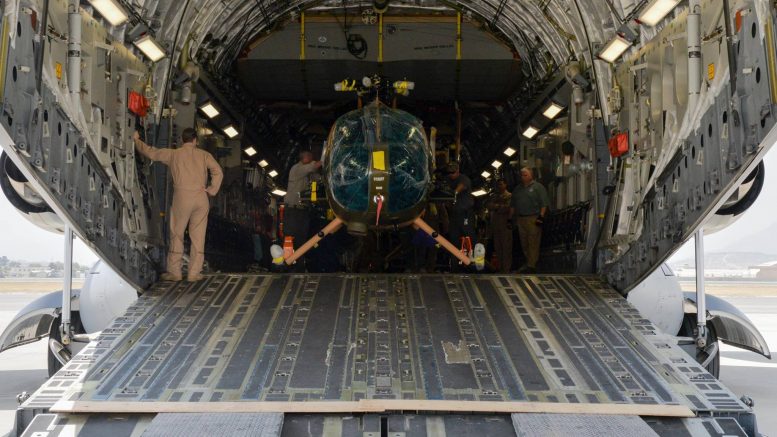 The MD-530s were delivered to Hamid Karzai International Airport by a Travis Air Force Base C-17A. They are the last four helicopters out of a total of twenty seven that were ordered.

Alongside a previous delivery of five MD-530s in July of this year this last batch are capable of firing rockets and .50 caliber machine guns.