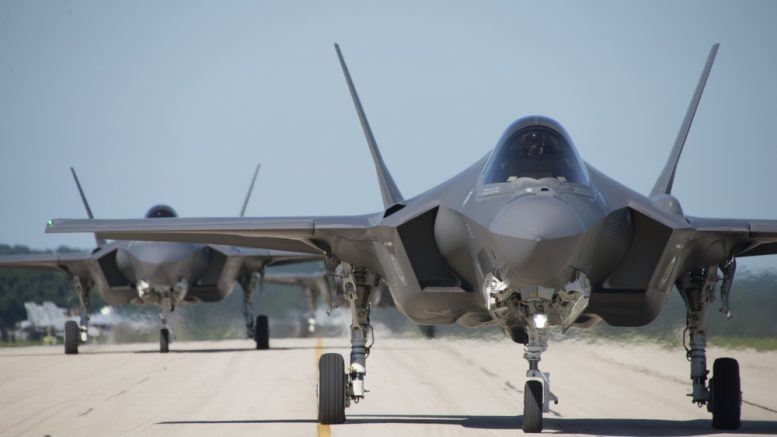 The 58th Fighter Squadron has undertaken the largest forward deployment of the F-35A to date with their participation in Exercise Northern Lightning at Volk Field Air National Guard Base in Wisconsin. The 58th is part of the 33rd Fighter Wing at Eglin Air Force Base in Florida. No precise numbers have been confirmed but in the videos below there looks to be at least ten F-35s on the ramp.