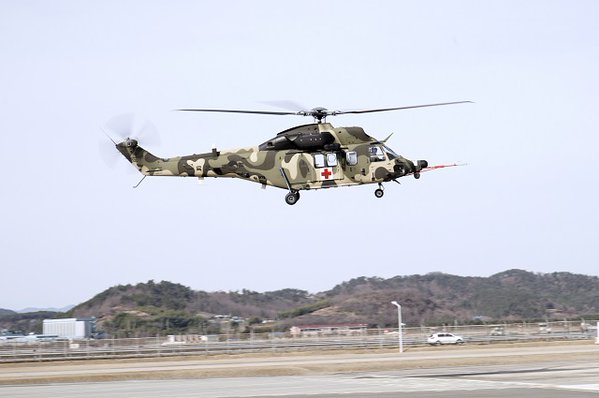 The Korean Aerospace Industries (KAI) KUH-1 Surion medevac utility helicopter has made it's first flight. The test took place at KAI's Sachon facility and lasted twenty minutes according to the manufacturer. This is the first Surion built specifically for medevac missions and is part of an overall order for at least 200 helicopters for the Korean Army, of which around 40 have already been delivered. The first operational medevac Surion is due to delivered in 2018, with 8 currently on order.