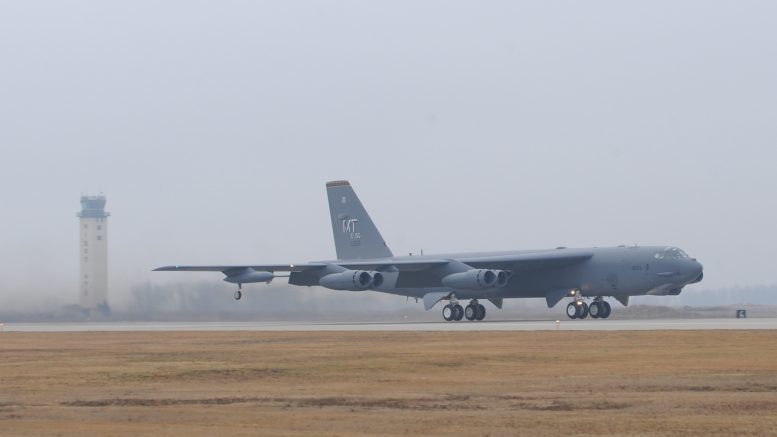 The "short term deployment" is part of the US Pacific Command's Continuous Bomber Presence at Andersen.