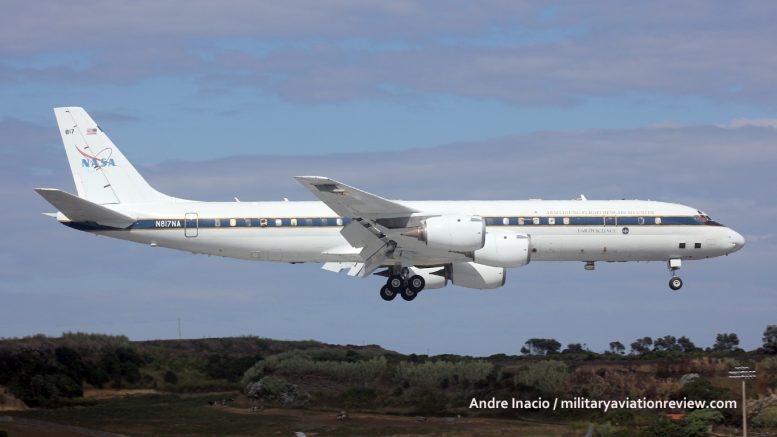 On August 17th NASA Douglas DC-8-72 N817NA arrived at Lajes in the Azores to conduct scientific research missions. It is due to remain at Lajes until the 20th

The aircraft is operated by the NASA Armstrong Flight Research Center at Palmdale and is described as an "Airborne Science Laboratory".

To quote the NASA fact sheet:-

The aircraft...is used to collect data for experiments in support of projects serving the world's scientific community. Federal, state, academic and foreign investigators are among those who use NASA’s DC-8.

Data gathered with the aircraft at flight altitude and by remote sensing have been used for studies in archaeology, ecology, geography, hydrology, meteorology, oceanography, volcanology, atmospheric chemistry, cryospheric science, soil science and biology.