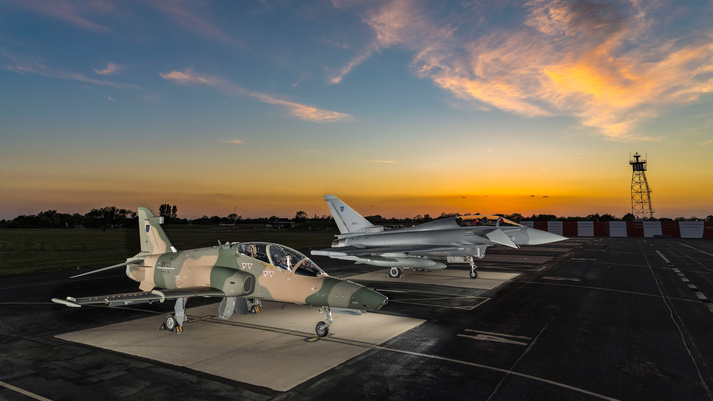 The first Typhoon and Hawk for the Royal Air Force of Oman were officially unveiled by BAE Systems at Warton on May 15, 2017.

The Gulf sultanate placed an order for twelve Typhoons and eight Hawks in December 2012 with deliveries due to begin later in 2017.