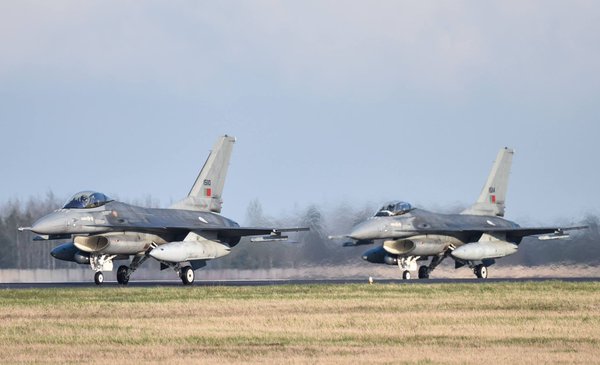 The aircraft involved are 15103, 15104, 15110 and 15114. The Portuguese F-16s will carry out the tasking along with RAF Typhoons at Amari in Estonia for the next fours months between May the 3rd and August the 31st. This will be the third time the Portuguese Air Force has carried out the Baltic mission, having previously done so in 2007 and 2014.

The arrival of the FAP aircraft follows the visit of two United States Air Force F-22A Raptors earlier in the week.