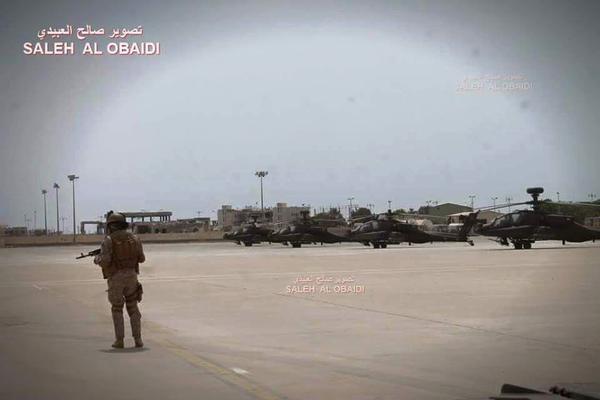 Images on Twitter have shown at least three (probably more) Royal Saudi Land Forces' AH-64Ds deployed to Aden airport (not Al Anad as indicated in the first Tweet) in Yemen. The deployment is part of a broader escalation of both the Saudi and UAE's involvement on the ground in Yemen with heavy weapons and ground troops also arriving in the area around Aden.