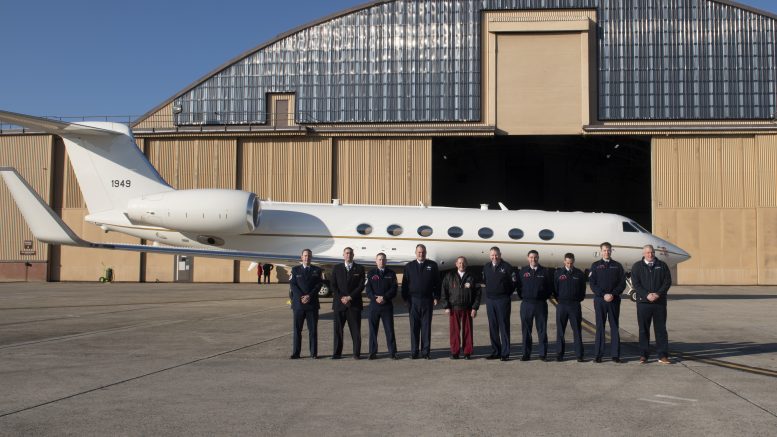 The 89th Airlift Wing took delivery of their last scheduled Gulfstream C-37B on February 8th, 2022 when ??-1949 arrived at Andrews AFB from the Gulfstream facility at Greenville, Texas.
The aircraft is the seventh C-37B to be delivered to the 99th Airlift Squadron and the fourth to carry a serial related to a famous year in US military aviation history. 1949 marks the year of the Berlin Airlift with the other serials being:-
18-1942 - Year of Doolittle Raid
18-1947 - Year of the Air Force Birthday
20-1941 - Year of the Founding of the Tuskegee Airmen