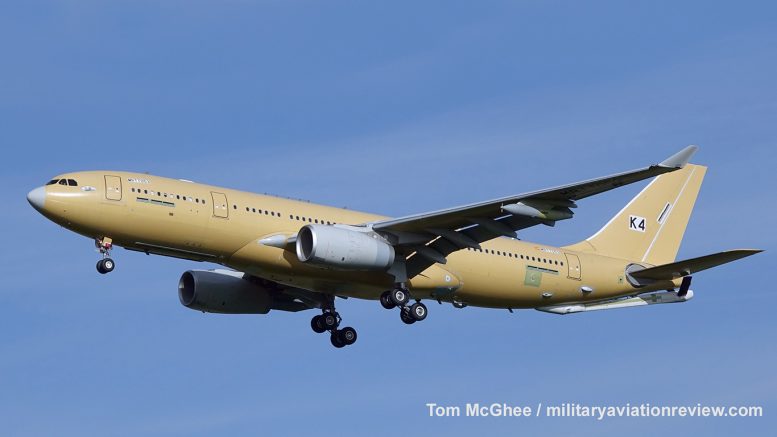 Airbus A.330-MRTT K4/MRTT053 arrived at Cambridge Airport on October 10, 2019 to be painted by Marshall Aerospace.

The aircraft is the fourth of the type for the Republic of Korea Air Force and is expected to wear serial 19-004 when it enters service. The A.330-MRTT is known as the KC-330 Cygnus in Korean service and the aircraft that arrived at Cambridge is the final aircraft to be delivered from an order placed in 2015.