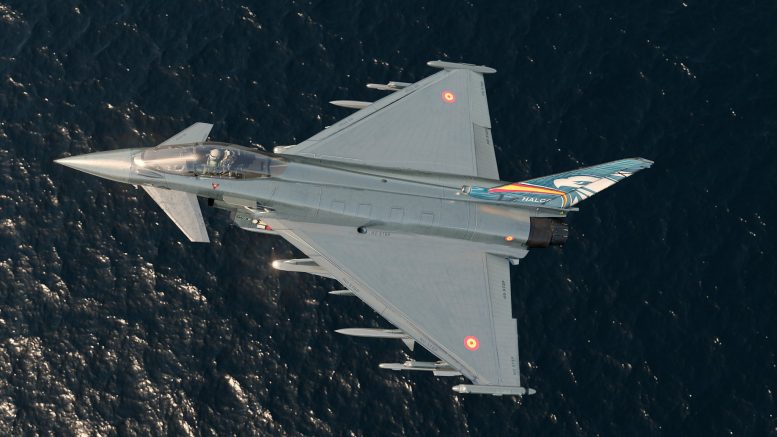 The Spanish Government has signed a contract for the delivery of a further twenty Eurofighters for delivery beginning in 2026 under the Halcon programme. The contract was announced at the ILA show in Berlin on June 23 and the aircraft will replace the F-18 Hornets of Ala 46 based at Gando Air Base on Gran Canaria. Of the twenty Eurofighters on order four will be two seat versions.
The aircraft will be manufactured at the Airbus facility in Getafe, Spain with all aircraft due to be delivered by 2030.