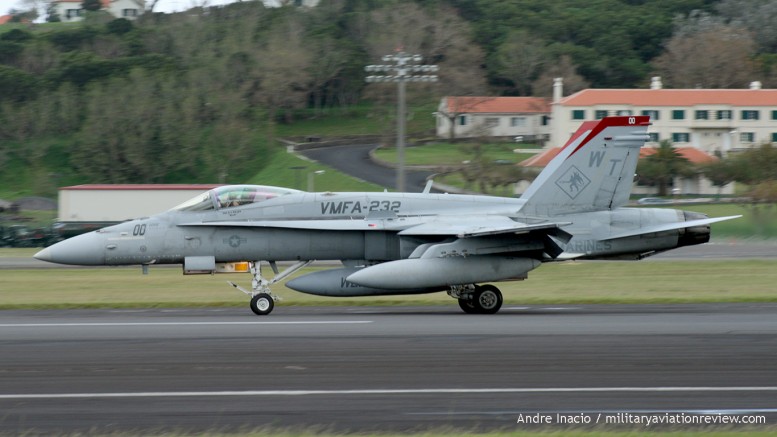 (21.10.15) A United States Marine Corp F/A-18C Hornet has crashed shortly after take off from RAF Lakenheath this morning. The pilot is believed to have ejected but his condition is not known at this point. The aircraft was F/A-18C 165181/WT-00 "Mazda43" of VMFA-232 and was part of a flight of Hornets heading back to the States from the Middle East after a stopover at RAF Lakenheath.

UPDATE: At 13.00 the BBC are reporting that Cambridgeshire Police has confirmed that unfortunately the pilot of the aircraft has died at the scene.