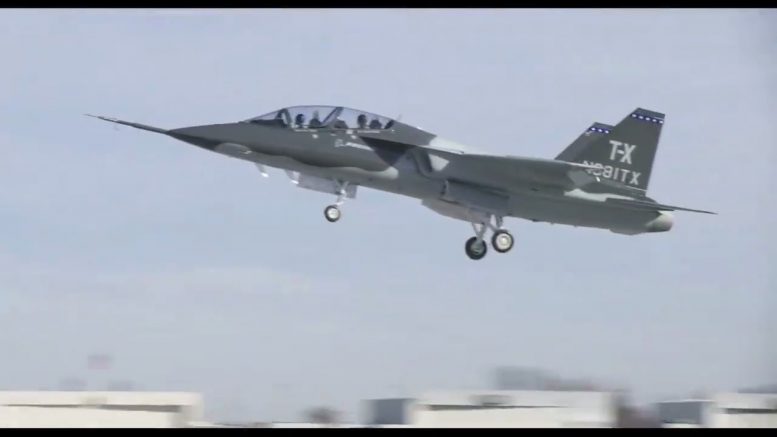 The first flight of Boeing and Saab's entrant into the United States Air Force's trainer competition took place on December 20, 2016.

The Boeing T-X performed a 55 minute test flight from the Boeing facility at St Louis. The aircraft is a joint project between Boeing and SAAB for the "T-X" contract to replace the Northrop T-38 Talon with deliveries to begin in the 2020s.

The second test aircraft is currently ground testing and will fly in early 2017.