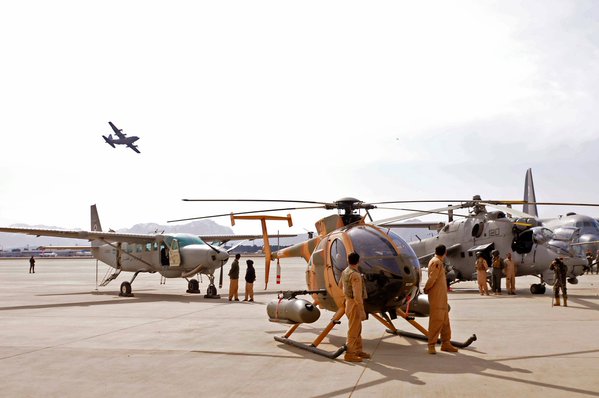 A ceremony was held at Hamid Karazi Airport in Kabul on the 11th of February to mark the "rebirth of the Afghan Air Force". A number of types currently in service were on display including Mi-35s, MD-530Fs, C-130Hs and the newly delivered A-29 Super Tucanos.
During the ceremony Major General Abdul Wahab Wardak, the commander of the Air Force declared that the Afghans are expecting a total of 8 A-29s to be in service and conducting combat operations by the end of March. Eight Afghan pilots completed their training at Moody AFB last year and will make up the first combat qualified aircrew for the type. He also confirmed that 14 MD-530s are currently operating in country, deployed amongst four brigades.