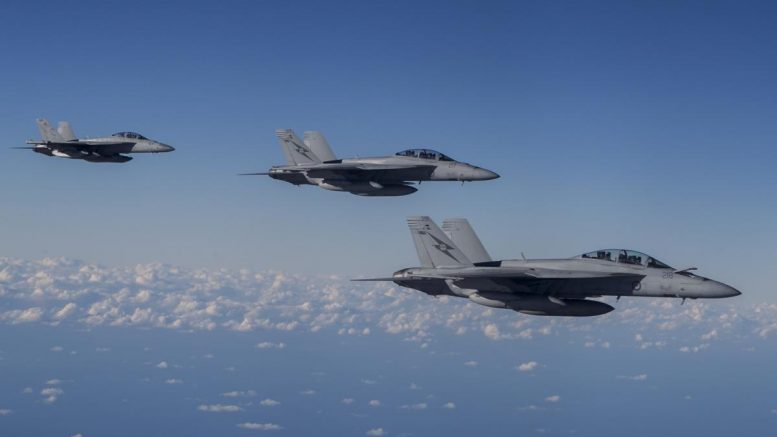 The US State Department has given approval for Australia to acquire a single Boeing EA-18G Growler to replace the example (A46-311) that was lost in a crash at Nellis Air Force Base on January 27, 2018.
The total estimated value of the deal is $125 million and the aircraft will come from planned US Navy production.
The Royal Australian Air Force currently operates a fleet of eleven EA-18Gs from the twelve originally delivered in 2017.