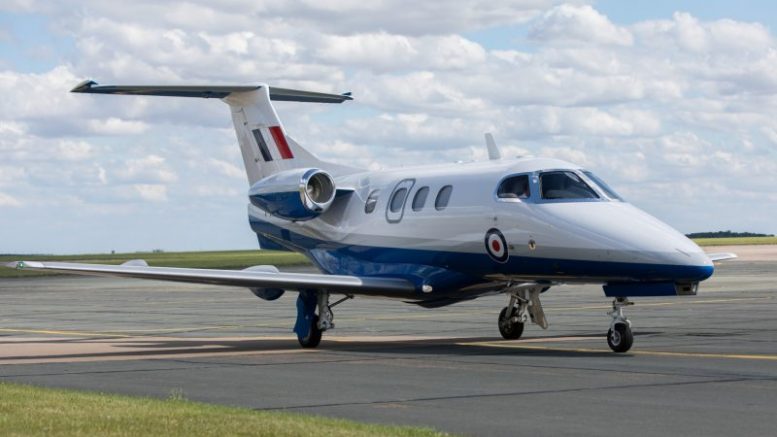 The aircraft, serial number ZM337 (ex N60126 and PR-LTJ) completed it's delivery flight from Brazil with a last hop from RAF Lossiemouth. The first Phenom was delivered to Cranwell in July 2017.

As well as the Phenom the MFTS programme also includes the Grob Prefect T.1, of which deliveries are nearing completion, and the T-6C Texan, which are due to begin arriving at RAF Valley later in 2018. The contract for the overall programme was awarded to Affinity Flying Training Services.