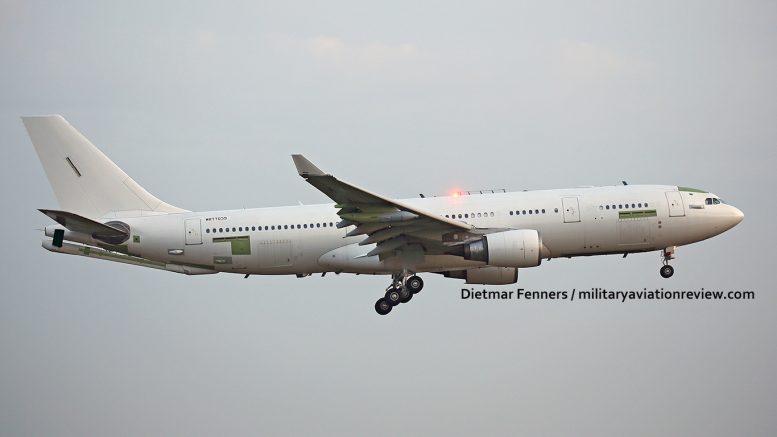 The sixth Airbus KC-30A for the Royal Australian Air Force arrived at Manching in Germany on March 14, 2017 for painting by Airbus.

The aircraft is ex Qantas A330-200 VH-EBH (c/n 892) and is the first of two ex Qantas A330s that will be converted to Multi-Role Tanker Transport (MRTT) capability by Airbus in Getafe. It will wear the RAAF serial A39-6 when it enters service.

The Royal Australian Air Force currently operates five KC-30As which were all delivered as factory built MRTTs. The two converted KC-30As are due to enter RAAF service in 2018.