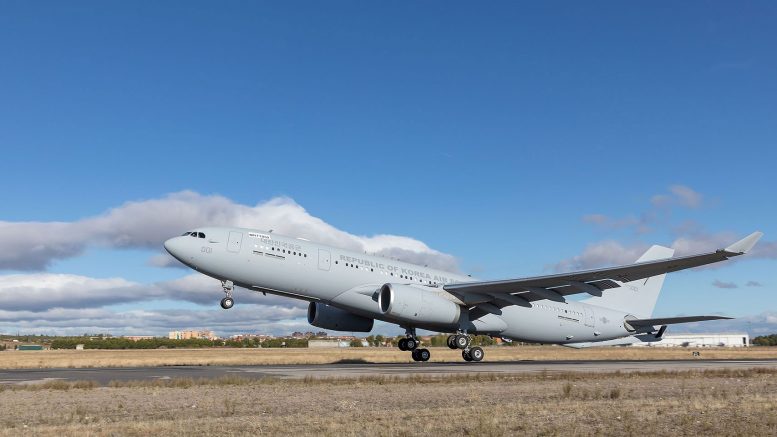 The first Airbus A330-MRTT for the Republic of Korea Air Force arrived in South Korea on November 12, 2018.
The aircraft was wearing Airbus line number MRTT050 and serial 18-001 (confusingly this is also the serial of a RoKAF F-35A) and landed at Gimhae Air Base near Busan after a delivery flight from Getafe, Spain via Vancouver, Canada.
The aircraft will now undergo acceptance testing in country supported by a team from Airbus. The Republic of Korea Air Force ordered four A330-MRTTs in 2015.