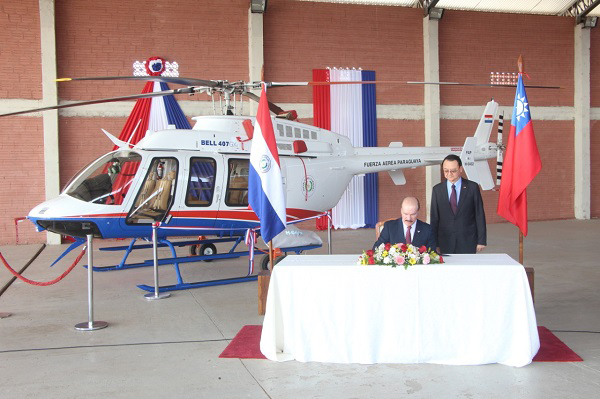 On November 01, 2019 the Paraguayan Air Force received a Bell 407GXi as a gift from the Republic of China government. The helicopter wears serial number H-0402 and will be used for VIP transport duties by the Air Force's Grupo Aéreo de Helicópteros at Ñu-Guazú, alongside previously delivered Bell 427 H-0401.

The gift from the Republic of China is related to Paraguay being one of thew few nations that still diplomatically recognise Taiwan as the sole government of China over the People's Republic of China. Paraguay is the only nation in South American to maintain diplomatic relations with Taiwan.