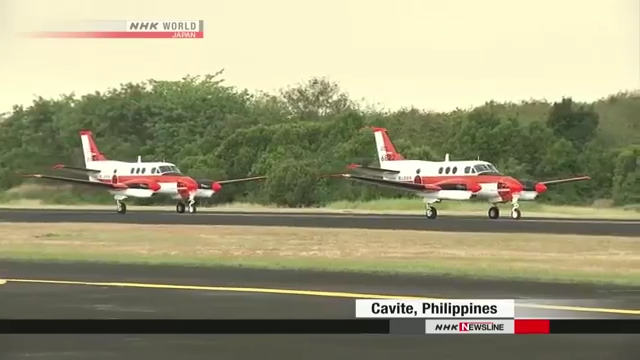 The first two former Japanese Navy Beechcraft TC-90s were to delivered to the Philippine Navy on March 27, 2017 as part of a lease agreement for five aircraft.

The two aircraft - 6822 and 6824 - arrived at Naval Air Group Headquarters in Sangley, Cavite after departing Japan on March 24.

The Philippine government will pay about $28,000 a year for the lease pending a final agreement for Japan to donate the aircraft which will replace Britten Norman BN-2 Islanders in Philippine Navy service.