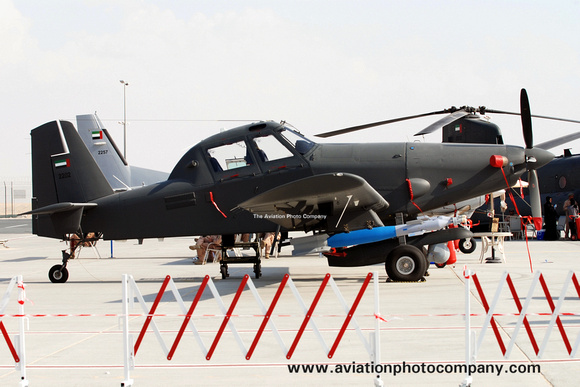 It is being reported that an Iomax Thrush T-660 Archangel counter-insurgency aircraft operated by the United Arab Emirates has crashed off the coast of Yemen, with the loss of one aircrew. Initial reports suggest that the aircraft crashed into the sea due to technical difficulties with the pilot losing his life and the WSO surviving with minor injuries.

The Archangel is a highly modified Thrush T-660 crop dusting aircraft used for counter insurgency missions. It has been heavily used during the UAE's military campaign in Yemen.

CORRECTION: An earlier version of this article incorrectly referred to the "Archangel" as being based on the Air Tractor AT-802 aircraft. This is incorrect, the article now correctly refers to Thrush T-660.