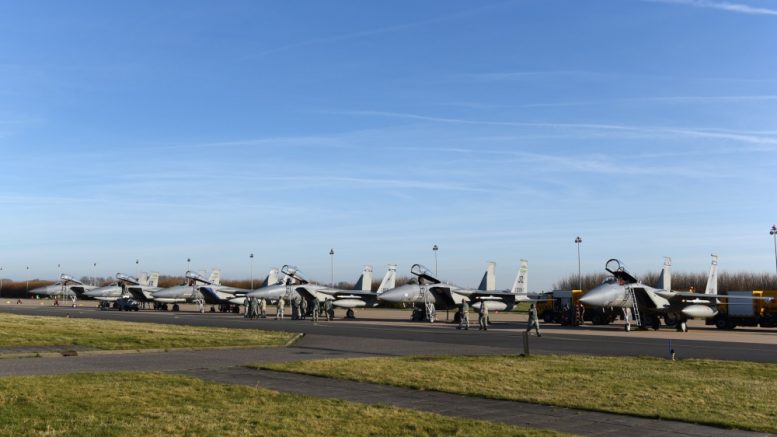 Twelve F-15s from the the US Air Force's 122nd Expeditionary Fighter Squadron deployed to Graf Ignatievo in Bulagaria in late April 2017.

The aircraft and airmen are from the Louisiana and Florida Air National Guards and had initially been based at Leeuwarden in the Netherlands as part of a Theater Security Package (TSP) in Europe in support of Operation Atlantic Resolve.