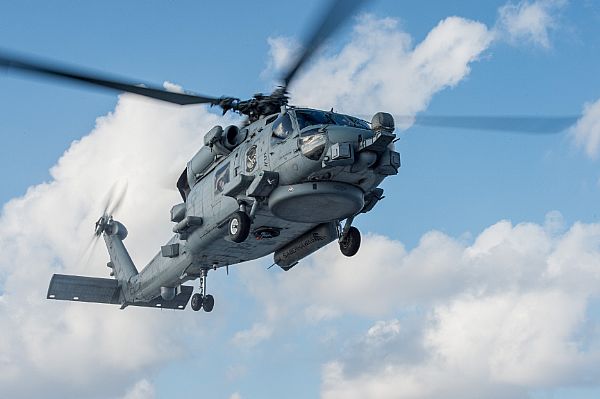 The three man crew of a HSM-78 MH-60R Sea Hawk were safely recovered after their helicopter crashed in the sea near Guam.

The MH-60R was operating from the USS Dewey (DDG 105) conducting a routine flight at the time of the accident.