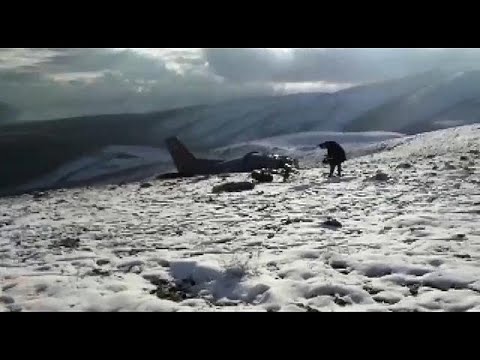 The aircraft had taken off from the Eskişehir Airbase at 11.03 local and contact was lost at 12.50s.

The news report below shows footage on the wreckage.